Husband arrives at the scene of horrific car crash, finds his wife and four children inside the wreckage

Mon Jessica Noel, 32, and three of her five children died last Friday after a crash in southwest Sedgwick County. A fourth child, Mack Thompson, 1, died also later at the hospital.

It was Friday, September 25th, 2020, when Jessica told his husband, Jeffrey Williams, that she was going to the groceries. Jessica took four of their five children with her. The older child, Brooklyn (10), was with his dad.

When father and son arrived home, they saw that there was no one in there. Jeffrey started to call people and later got a phone call from a friend telling him that it had been an accident close to his house, tells Jeffrey’s nephew in a GoFundMe page.

His wife and 3 children were dead
When Jeff got to the scene of the accident, at 263rd Street West, near Viola, in Sedgwick County, saw a grain truck that had ran through a stop sign. 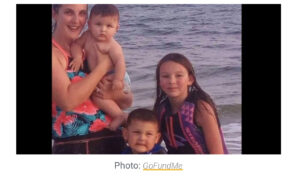 A fourth child died later at the hospital
They told him there was only one person alive, his twenty-three-month-old son Mack. Mack was taking to the Wesley Medical Center with critical injuries, but he sadly died too, told Lieutenant Benjamin Blick with the Sheriff’s Office, as per Kake.com. 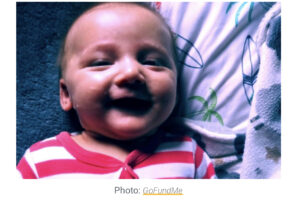 The driver of the truck got injured but not seriously hurt.

The family have created a GoFundMe to help with medical and funeral expenses.

”We are asking for assistance to pay for the medical expenses and funeral arrangements for all 5 members of the family. Anything you can give will be appreciated during this extremely difficult time of grief and unfathomable loss”.

I can only imagine the pain this father and son must be suffering after losing five members of their family. I send my prayers to them.