‘I Love Lucy’ star Desi Arnaz got sober a year before his death with help of his son: ‘It was a big hurdle for him’

While Desi Arnaz was an accomplished entertainer, his children, especially his daughter Lucie, say the best thing he ever did was get sober.

Even though sobriety came at the end of his life, it was a shining moment.

Lucie Arnaz, Desi and Lucille Balle’s daughter, revealed how the Cuban-American achieved such a tough task. 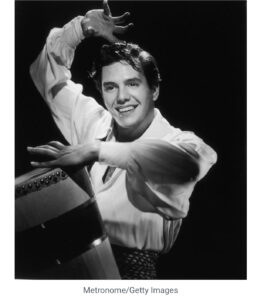 The now 70-year-old of the stars of the ’50s sitcom, I Love Lucy, talked about her parents and their relationship in documentary set to premiere on Amazon Prime Video.

In the documentary, which features archival footage and recordings, stories reveal how Desi’s drinking impacted his relationships, especially his marriage to Lucy.

“He was like Jekyll and Hyde,” Ball said, according to the book Desilu: The Story of Lucille Ball and Desi Arnaz. “He drank and he gambled, and he went around with other women. It was always the same – booze and broads. I had seen it coming. I was always hoping things would change. But Desi’s nature is destructive.”

The couple, who had two children at the time, ended up divorcing in 1960, twenty years after they got married. 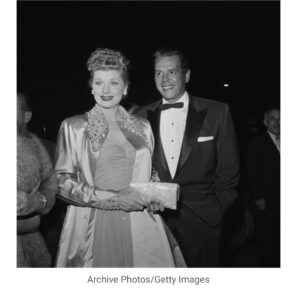 After the split they both remarried. Ball married Gary Morton, who didn’t drink as much as Desi, and Desi married Edith Hirsch, whom many referred to as “Lucy 2.”

But as they each started a new life with a new partner, Desi still had demons to fight. He was still an alcoholic.

“He resisted going into AA or any program for a long, long time. We don’t air our dirty laundry in front of other people; he hated that part. But he finally did after his wife Edy died,” Lucie told People.

“He was just so upset that my brother convinced him, I think, ‘Come on, Dad. You can do this.’ And he did it. He stopped drinking.” 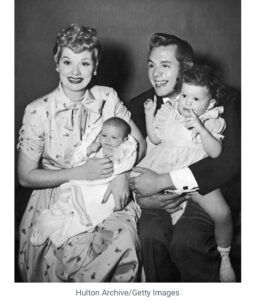 “I was right next to him when he stood up and said, ‘My name is Desi and I’m an alcoholic.’ It was the proudest moment of my life to sit next to him and hear him do that,” says Lucie. “It was like, ‘Okay, I don’t care what you do after this. That was the best thing you’ve ever done.’ Because that was hard for him. It’s hard for everybody, but for him especially it was really hard.”

Unfortunately, shortly after Desi took the first steps into a sober life, he learned he had lung cancer, and he died December 2, 1986.

“It was a big hurdle for him to do that, and I was very proud of him. That takes incredible amount of courage.”

I didn’t know this about Desi! I’m glad he finally got sober, it’s so unfortunate he died shortly after he began his journey to recovery.

Please share this with all the Desi Arnaz fans you know.