Being a member of the legendary Kennedy clan means that you are constantly in the media’s spotlight.

But John F Kennedy’s only grandson, Jack Schlossberg, has managed to avoid the limelight for quite some time. Jack, who is the only son of Caroline Kennedy, is currently studying law at Havard and has long been interested in politics.

But it was first at the Democratic National Convention 2020 that Jack really stepped out on the big stage and expressed his opinions to millions of people. 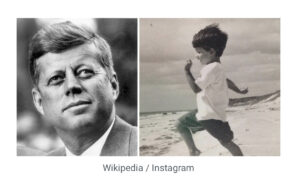 Just minutes after giving his support for Joe Biden and criticizing Donald Trump, people on social media immediately cited the similarity between Jack and his legendary grandfather, JFK.

Some fans quickly pointed out that Jack was strikingly similar to his late uncle, John F Kennedy Jr., and also his grandfather JFK.

John F. Kennedy, the 35th President of the United States, was known for his passionate political career, which ended tragically with his assassination on November 22, 1963 in Dallas, Texas. 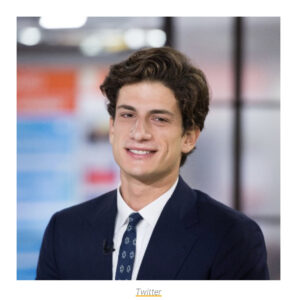 “Good looks really do run in the family then! What a gorgeous man. His granddad would be so proud I bet,” one observer wrote. 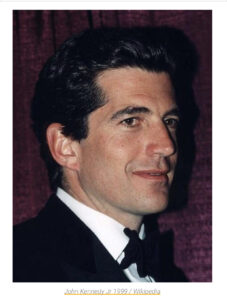 Jack also received many comments about his attractive looks and appearance, with fans praising his ‘perfect hair’ and ‘strong jawline’.

“Jack Schlossberg is just like his dear grandfather, the resemblance is uncanny. Look at that perfect hair!” one user wrote.

Only surviving male descendant of JFK
But it’s not just Jack’s looks that have made him a name.

Jack has written political pieces and taken a firm stand against conservative politicians in The Washington Post, The New York Times and Time Magazine.

Jack Schlossberg, 29, is the third child of Caroline Kennedy and Edwin Schlossberg. He is the only surviving male descendant of JFK’s immediate family after his uncle, John F. Kennedy Jr., died in a plane crash in 1999.

Talked about his grandfather
According to reports, Jack is very close to his mother, who served as the ambassador to Japan under former President Barack Obama.

He graduated from Yale University in 2015, with a degree in history, and then he went on to study law at Harvard to pursue an MBA. It was probably no coincidence that Jack chose Harvard, the oldest institution of higher learning in the United States.

In January 2022, Jack took to Instagram to celebrate his dual graduation from Harvard Law School and Harvard Business School.

In a series of photos, Jack posed together with cupcakes decorated with the Harvard insignia. 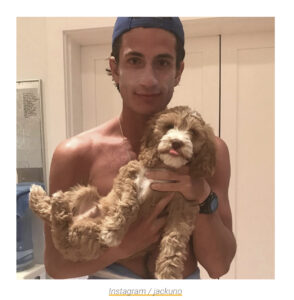 In recent years he has become more and more involved in the family’s political and philanthropic activities.

“Times have changed, but the themes of my grandfather’s speech — courage, unity, and patriotism — are as important today as they were in 1960,” Jack said in May 2020.

It’s unclear whether Jack will follow in his grandfather’s footsteps and pursue a career in politics. He discussed the matter back in 2012 with CNN.

“Politics definitely interests me. I’m most interested in public service. I think that’s something that I got from being part of my family, which is such an honor. I haven’t even picked what classes I’m taking this semester yet, so I’m not thinking about a political career right now.”

According to The Mirror, he also had a short acting career when he appeared in a 2018 episode of Blue Bloods.

Jack’s girlfriend
On the love front, Jack seems to have split with his longtime girlfriend Krissy Jones, a yoga teacher, and studio owner.

According to sources, the couple met in 2017 and made their relationship public in 2019. However, that same year, a source close to Krissy revealed to Radar Online that the couple had broken up.

Big fan of ”The Rock”
If you take look at Jack’s social media and his Instagram account, it’s quickly apparent that the 29-year-old is a big fan of Dwayne “The Rock” Johnson.

Somehow “The Rock” found out about this and recorded a message for Jack’s birthday. When Jack got the message played for him, he called it “the greatest day of my life.” 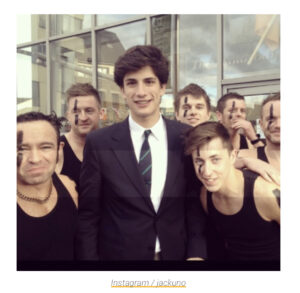 What do you think? Does he look like the late President? In my opinion, he’s very handsome and you can definitely tell he is a Kennedy!