Man retires to spend all of his time cuddling premature babies

Many of us spend time planning out our retirement days. We imagine exotic Caribbean cruises, gardening at a lush summer home, or relaxing by the sea. For David Deutchman however, things would come to look very, very different.

Indeed, after retiring in 2005 from a career in international sales, “The Baby Whisperer” and “ICU Grandpa” opted for something a little bit more unusual: to cuddle premature babies at Scottish Rite Hospital, Atlanta.

And he did so for the next 15 years of his life. 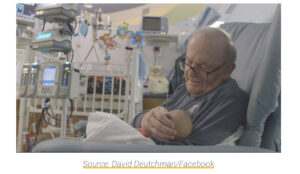 Preciously Filling Time
Upon his retirement, Deutchman knew that he wanted to find ways to fill his time.

He was at the hospital one day for some rehab when he stopped into the children’s hospital to see if there were any volunteer opportunities.

He initially started out working with long-term patients, but after an encounter with two patients’ mothers, he knew he wanted to work with the hospital’s littlest patients. 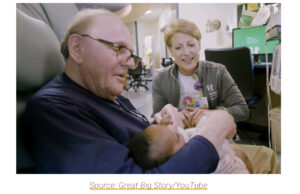 It’s then that he got word of the “baby buddy” program at Scottish Rite Hospital.

The special program invites volunteers to visit the PICU and NICU wards and comfort small babies who were either born premature or have other special medical needs.

“When I first came to work for the hospital, they gave me a little baby to hold,” David Deutchman said. “And the child life person walked by and said, ‘Hey, you hold babies? I’ve got a job for you.’ And I just loved it.” 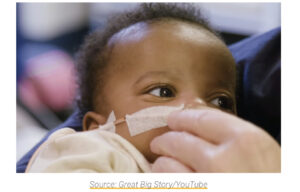 With many parents forced to work to make ends meet, the need for help with comforting and cuddling babies in such wards is clear. Thankfully, angels like Deutchman exist to meet this important need.

Deutchman spent every Tuesday in the PICU and every Thursday in the NICU, holding tiny babies in his arms and comforting them when their parents could not.

“Before you know it, I was holding little babies,” David told People. “And [the years] have just flown by.”

The Baby Whisperer
And Deutchman was particularly good at what he did. When nurses handed tiny, wailing babies over to Deutchman, it was instant calm.

The nurses even reported that whenever Deutchman held a baby prior to receiving difficult procedures or assisted during moments such as a small baby receiving an injection, they tended to fare better. 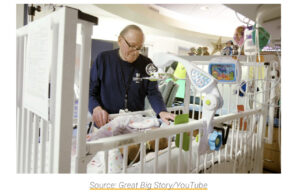 Clinical nurse expert Angie Hawthorne has her theory on why the babies tended to react so positively to Deutchman.

“When he takes a baby into his arms, you can see the baby relax, because David’s so relaxed,” she said.

For Deutchman, the precious and meaningful volunteer work he did for so long greatly rejuvenated him, and he often encouraged other retirees to find similarly fulfilling work in their later years. 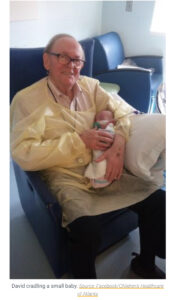 “I talk with mothers and sometimes I hold their hand, because holding a mom’s hand is just as important as holding a baby,” he told People. “There’s a lot of stress for these parents. Having somebody tell them they can go get breakfast and assure them I’ll be there with their baby, it means something to them. It’s important.” 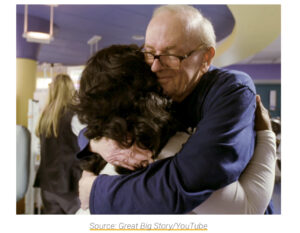 A Legacy to be Remembered
By 2017, Deutchman had comforted an incredible 1,200 babies as well as their grateful parents.

But it’s Deutchman who claims he has been the one to benefit above all. 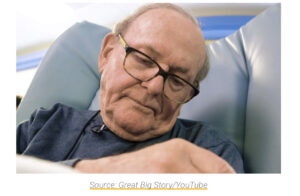 David Deutchman sadly passed away after a short 17 day battle with stage IV metastatic pancreatic cancer on November 14, 2020, at age 86.

“We’re grateful for every minute of every day we got with this great husband, father and grandfather,” his daughter, Susan Lilly told CNN.

This phenomenal man will undoubtedly be missed by all who knew him.

David Deutchman is simply a beautiful angel from above! We can all be grateful for the compassionate work he did in his final years. May he rest in peace.

Let’s share this touching story to mark this incredible man’s life and death.