Bill Cordes has spent almost his entire life looking for his baby brother. He was just 7 years old when his brother Robert Wilson was taken from his arms.

He remembers the traumatic experience like it was yesterday – a woman took his 4-month-old brother from his arms and told him it was for the best.

“I grabbed him and I ran toward the house. I was going to hide him in a closet and they stopped me on the porch and explained what was going on. They said he’ll be in good hands and that was the last I saw him,” said Bill, as per WFMZ.

Bill was too young to understand that his mom at the time had been considered unfit to keep her baby and Robert had been taken into foster care – he just wanted to protect his baby brother. 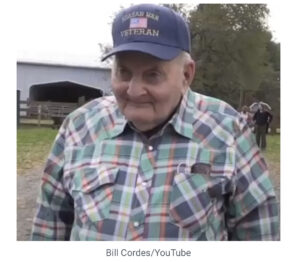 Little did he know it would be nearly 80 years before he would hold his brother again.

Bill, 87, and Robert, 79, went on to lead completely separate lives, they fought in wars, moved to other states and got married.

It wasn’t until Bill’s granddaughter Dana Cordes decided to search for Robert that a new hope was rekindled in Bill, but the process took years.

“I was looking for him for 20 years. I didn’t have a lot of information,” added Dana. 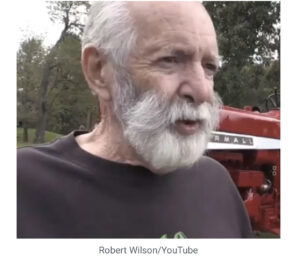 Finally it was genetic testing that reunited the two and Robert was found living in Arizona. The two were reunited on Bill’s farm in Bloomsbury, New Jersey.

“I’ve been looking for him all my life – unreal,” Bill says unable to hold back the tears.

Bill handed a small replica of his red tractor to Robert and said his one wish was to take him on a tractor ride. 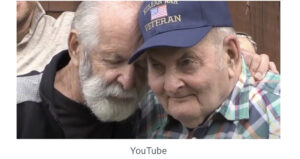 The two brothers couldn’t stop hugging each other as they cried through many stories.

“I want to hear every word this man has to say,” said Robert.

When asked how the two were going to stay in touch Robert said, “my wife doesn’t know it yet but I think I might move here.”

Such a beautiful story and one that reminds us all to never give up our dreams, no matter how long it takes.