Mark Harmon saved the lives of two teenage boys in 1996, by pulling them out of a burning car before it exploded

When the cameras were not on him and when nobody was watching, Mark Harmon was still a hero when two teenagers were in dire need of help several years ago.

Two 16-year-old boys were driving around LA in 1996, when their car went up in flames after crashing into a tree and flipping over. Right next to the scene of the crash was the actor’s house in Brentwood in the 500 block of Bristol Avenue.

That evening, if it weren’t for Harmon springing into action, the two boys may not have come out alive as Brian Humphrey, a Fire Department spokesman, said at the time, “Mr. Harmon broke out the car windows and pulled the boys to safety. The youths owe their lives to the action of Mr. Harmon.” 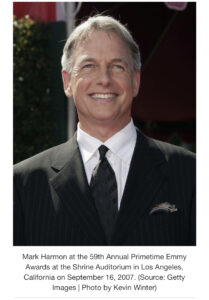 Mark Harmon at the 59th Annual Primetime Emmy Awards at the Shrine Auditorium in Los Angeles, California on September 16, 2007. (Source: Getty Images | Photo by Kevin Winter)
In the moments right after the fiery crash, one of the boys was able to get himself out of the vehicle but his friend, Colin Specht remained trapped inside while the car was engulfed in flames. Out of nowhere, Colin sees Harmon breaking the window of the car with a sledgehammer to rescue him. If not for Harmon, “I have no doubt that I would not be alive,” Colin told CBS 2 many years after the accident.

“He tugged me, because I was still upside down with the seat belt in, and he ripped me out of the car,” Colin said.

The boy’s clothes were on fire as he was pulled out of the car and others joined Harmon in helping him roll the boy on the street to put out the flames.

Colin came out of the accident with third-degree burns and had to stay in the hospital for months; however, he is aware that if Harmon had not pulled him out, things could have been worse.

Although he was a real-life hero that day, Harmon gave the credit for saving the boys to his wife, Pam Dawber. “She’s the one who went to the scene,” he said in a 1996 interview. “She was the first one there. She’s the one who said ‘Get a sledgehammer.'”

The NCIS Star also said about the incident, “I never felt more at ease about doing anything in my entire life. And there’s no explanation for that. None…”

Speaking more than a decade and a half after the accident, Colin spoke to CBS 2 about the gratitude he has towards Harmon and said, “I owe everything to him.”

He believes that there was a lot to lose for Harmon, who was 44 years old back then and had not even taken up his role on NCIS as Agent Gibbs yet. “He had more to lose,” Colin said. “He had a wife, children, and the career based on his face and his looks. That’s true altruism.”

On the other hand, Harmon still did not accept the title of a hero and said, “I won’t take credit for it, because if the car explodes and I’m there next to the car, then you’re talking about two young boys who don’t have a father. And you’d be doing this interview with my wife and talking about how stupid it was.” 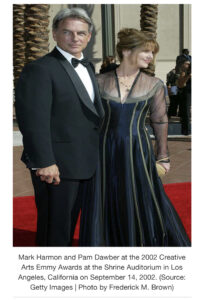 For Colin, Harmon will always be a hero and he said in the interview, “There’s no way I can repay him, except for pay it forward, and I try to do that in my life.”