When Paula Johnson gave birth to her fourth child, a baby girl, she was over the moon. She already had three boys and her newborn girl completed her family.

The single mom from Charlottesville, Virginia, named her bundle of joy born on June 29, 1995, Callie and celebrated having her first girl.

“It was an awesome feeling, you know? This is my daughter finally, after three boys. It was a great feeling,” she recalled. 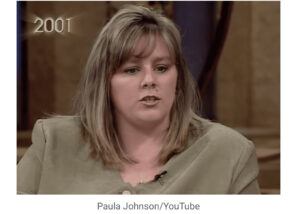 But three years after having her daughter Paula and her partner had a disagreement which led to Paula filing for full custody of their daughter as well as child support.

Johnson’s partner then claimed that Callie wasn’t his daughter and so a paternity test was carried out – the results shocked everyone to the core.

Not only did the test show that Paula’s partner wasn’t the dad but that Paula wasn’t Callie’s mom.

Paula discovered there had been a life-changing mistake made by the hospital staff at the time she delivered her baby girl. 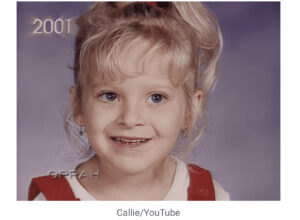 The distraught mom hired an attorney and went to the hospital where Callie was born for further DNA tests. Paula discovered that a day after she gave birth 18-year-old Kevin Chittum and his 16-year-old girlfriend Whitney Rogers welcomed their baby girl, Rebecca, in the same maternity ward.

Rebecca and Callie were then mistakenly switched and sent home with the wrong families. In another tragic twist before doctors could break the news to Kevin and Whitney the couple died in a horrific car crash.

“The big question everyone always asks me is ‘Would you prefer your parents still be alive or passed?” Callie Johnson, then 18, said in 2013 as per WTVR News. “I don’t know what I’m missing so in a sense, I do feel more sorry for Rebecca, because she doesn’t know her biological mom.” 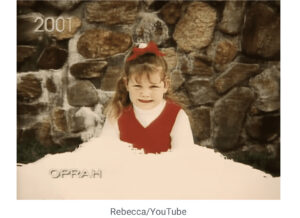 Paula has been open and honest with Callie adding: “I’ve always taught her from day one they are her parents, you know. She was born in Whitney’s belly, and she was born in my heart.”

After Rogers and Chittum’s death, Paula tried to claim her biological daughter, Rebecca, suing for custody. However, the deceased couple’s parents fought back, which resulted in three years of family feuding.

Eventually, the court ruled that the girls would stay with the families that raised them. Paula also sued the University of Virginia Medical Center for $31 million and settled for $1.25 million.

The case led to maternity wards across the country reviewing their procedures to ensure nothing like this happened again. 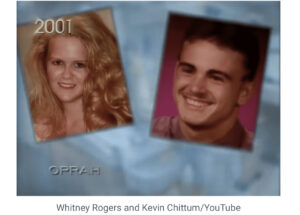 Whitney Rogers and Kevin Chittum/YouTube
“It was very upsetting. It put everyone on guard ever since,” Director of Women’s and Children’s Service at Henrico Doctors’ Hospital Judy Matthews told WTVR News.

“Technology plays a role, but you also want to be very sure that all of your other procedures are in place. You can’t rely on one system to protect our babies,” Matthews added.

While Paula is angry that the mix up happened because Callie will never know her biological parents and the fighting it led to between two families, Callie says Paula is the only mother she’s ever known.

“She’s my best friend. She always has been. And I can honestly say that,” Callie said.

Callie shared she planned to write a book showcasing her life story.

I hope that with advancements in DNA testing something like this will never happen again; I can’t imagine the heartache that this kind of mistake inflicts on the people involved.

It’s dominated so many people’s lives and no amount of money can change that.