It might seem like miracles are possible on in fantastical stories and Hollywood blockbusters, but the truth is they happen in the real world everyday.

Of course, that depends on your definition of a miracle, but few can deny that sometimes things happen that simply defy all odds. These things serve to restore faith to those who have lost it, and to remind us that anything is possible.

Rob and Val, parents to a son who was born at just 23 weeks gestation, certainly have cause to believe in miracles. 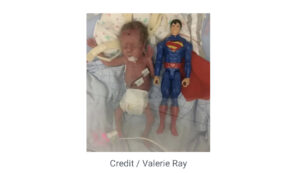 Logan Ray came into the world with the odds stacked hugely against him. In fact, he was born so premature that he weighed just 1.5lbs and was the same length as a Superman figurine his dad had bought for him.

Needless to say, doctors feared the worst, as did Logan’s parents. But, just like the toy he can be seen pictured beside above, the boy had a true fighting spirit.

After spending a total of 105 days in hospital, Logan was able to go home. Today, he’s four, and mom Val takes a picture of him beside the famous action figure every year as a reminder of his extraordinary resilience. 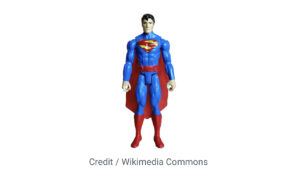 In an interview, Val said: “He is a little superhero himself. Even when he was just a pound-and-a-half in weight. I called him my little ‘tough guy’.

“The doctor would look at me and say ‘we will see how he does’ and I’d just keep saying ‘he’s a tough guy!’”

As per reports, Logan’s premature birth came after it was discovered that Val had an incompetent cervix, a medical condition where the cervix shortens and opens prematurely, often causing women to miscarry. 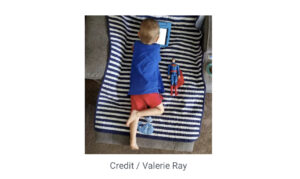 Doctors tried to stitch it back together, but the surgery was unsuccessful and Val and Rob were told they were likely to miscarry.

“The doctors basically told Rob and I that they were going to send us home to miscarry,” Val continued.

“Both Rob and I looked at the doctor and said ‘we’re not going anywhere, whether we have him tomorrow or have him four months from now, we’re staying in the hospital.’”

Giving birth
On July 25, 2016, 20 days after being told to prepare for the worst, Val gave birth. Logan was rushed to the NICU ward, but he had two brain bleeds, two holes in his heart and a urinary tract infection.

Rob said: “There was a real fear of losing him at that point. We really thought he didn’t have much chance of pulling through.”

At 11-weeks-old, Logan then underwent laser eye surgery to fix his retinopathy of prematurity that could have left him blind.

Showing courage far beyond his years, though, Logan clung on. After 105 days, he defied the odds and was able to go home with his family.

“We take a picture every birthday where Logan holds his Superman and it’s amazing seeing the size difference now,” said Val.

“He looks at it and we tell him that’s how big he used to be but I don’t know if he quite gets that concept yet!”

I’m so happy this inspiring little boy was able to pull through despite the odds. Share this article to praise the wonderful team of doctors who looked after him!