Steve Harvey gifts $25,000 of his own money to dying man and contestant on Family Feud

As a comedian and one of America’s best-known quiz show hosts, Steve Harvey has become a household name.

He’s got six Daytime Emmy awards under his belt and has his own entertainment company called Steve Harvey Global.

The 65-year-old West Virginia native also has a heart of gold; as the founder of The Steve and Marjorie Harvey Foundation, a lot of his time and energy is focused on youth education.

His big heart and generous nature were on display after a contestant on his show ‘Family Feud’ won the $20,000 prize. After the contestant realized he had won the top prize, he fell to his knees and wouldn’t stop crying.

Harvey said he was curious as to why the contestant got so emotional and had to ask him.

“I was talking to him after the show and I said, ‘Hey man, you were pretty emotional about the $20,000,’” Harvey shared in a video posted to his YouTube channel.

The man then relayed to Steve some shocking news.

“He says, ‘Steve, I’m terminally ill. I’ve got 3 months to live, and because of my illness, I can’t get insurance. I need this money for my family.’”

In the face of such heartbreaking news, the man also had to deal with hefty medical bills and was consumed with worry for his family, not wanting them to be burdened with his bills after he passed.

This touched Steve so much that he gave this brave man an additional $25,000 of his own money.

“Steve Harvey you’re a beautiful human being,” writes one person online after watching this video clip on YouTube.

“You gave that man and his family more than just money, you gave them hope to carry on. God bless you and your family!” 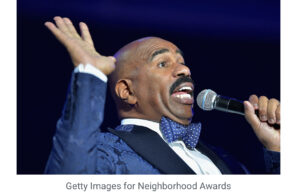 “What an amazing gesture of kindness and love. Thank you, Steve Harvey, for setting an example for all of us. God bless this man and his family,” comments another person on YouTube.

For those who know Steve Harvey’s troubled background, the generous gesture may not come as a surprise. Harvey’s life hasn’t always been easy. 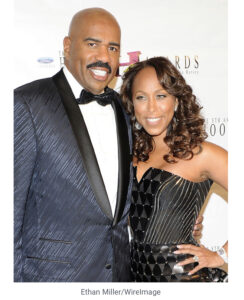 For example, Steve had considerable problems in school thanks to a stutter, and for a while was forced to live in his car while struggling to feed his family.

Harvey lived out of his car, using a small cooler as a refrigerator and showering in different rest stop bathrooms. He survived mostly on sandwiches – so he knows a thing or two about struggling.

What a wonderful act of kindness from Steve Harvey; it’s important that we share what we have with people who are less fortunate and this doesn’t always have to be money.