It’s been over a decade since their marriage but Steve Harvey still does not shy away from expressing his love for his wife, Marjorie Elaine Harvey. For their 15th marriage anniversary, the Family Feud host penned down a beautiful love letter in her honor.

The note begins with the actor describing what it was like when he first laid his eyes on Marjorie in 1987. Harvey was performing a standup show at the time. “The very first thing I said to Marjorie was, ‘I don’t know who you are, but I’m going to marry you one day.’ That was the beginning,” he told Good Housekeeping.

They fell out of touch shortly after but as fate would have it, the pair reconnected in 2005 through their mutual friends, reports TODAY. “When we reconnected, I still wasn’t where I wanted to be. Even though I was making moves, I had nothing. I was in a dark space for quite some time, and I think all the stars aligned for us at the right moment,” he recalled.

Harvey then went on to express how much the past decade and a half has meant to him because of Marjorie. “I finally had somebody I could start over with. You were willing to get in that foxhole with me and grow with me. When we got back together, it was even better because we knew each other. It was just a perfect fit,” he shared in the letter.

“It’s hard to explain. It wasn’t work. It wasn’t hard to be together. We laughed all the time. You made me happy. I made you happy. I filled in all your gaps. You sure filled in all my gaps. It didn’t take long for me to realize that you were the chick for me,” added the artist.

In his letter, Harvey praised his wife for her parenting skills. “The way you handle motherhood is amazing. You are a much better parent than I am because you take the time to parent. You understand our children in a way I never have, but I look at you as an example,” shared Harvey, who has four kids while Marjorie has three.

“I owe you a debt of gratitude because you simply changed my life. If people get tired of hearing me say that, that’s OK. It doesn’t change the facts. You are the single biggest reason outside of God’s grace that I am where I am today. You’re the one. I feel like if I lost everything, you’d stay with me and we’d build it up again. As a matter of fact, I know you would. Xo, Steve,” he wrote, concluding his love letter. 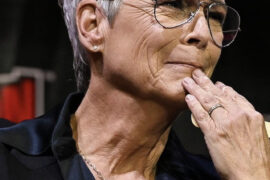 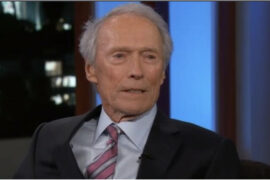 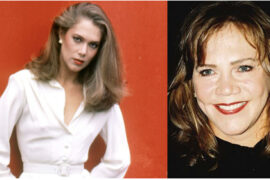