When she starred in the cult television show Three’s Company, Joyce DeWitt, 72, became a household name. The actress worked about a decade in the business, but after the show was canceled, she decided to take a long break from Hollywood.

DeWitt is back working in the business after having starred in several television shows and films. And still, to this day, the 72-year-old looks just as amazing as decades ago!

So what made Joyce DeWitt leave Hollywood? And why did she and co-star Suzanne Somers not speak for 30 years? This is all you need to know about her – and her last meeting with Three’s Company co-star John Ritter before his passing. 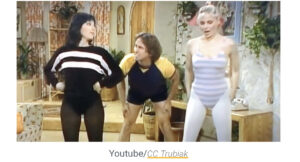 On April 23, 1949, Joyce DeWitt was born in Wheeling, West Virginia. She was the second oldest of four to her parents, Paul and Norma DeWitt, and her childhood was split between West Virginia and Indiana.

Joyce DeWitt – early life
Performing was always something that was on Joyce’s mind. In fact, she knew before she started school that she wanted to perform.

“Growing up, I was a total movie-holic, but I always wanted to play the role that Clark Gable was playing or Spencer Tracy was playing. I was really never interested in the parts that women were playing,” she told Playbill. “I found the parts that guys were playing were so much more interesting.”

“[Performing] was never a hobby. I wasn’t even in school yet, and I knew what I was going to do. Of course, everybody just laughed at me. I knew very early on.”

Joyce DeWitt made her debut on stage when she was 13. It became her second home, and by that time, she had an enormous passion and love for performing. Joyce began taking acting lessons when she was attending Speedway Senior High School and later enrolled at Ball State University, from where she graduated in 1972. However, the up-and-coming actress was very intent on life in New York, where she wanted to work in theater.

Like many actors and actresses before her, “The Big Apple” was full of competition and could be a very rough place for some. That became clear for Joyce DeWitt, as she struggled once arriving in New York. She always wanted to work on Broadway, but she realized that it had to wait. 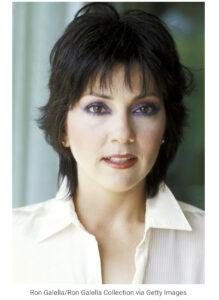 Instead, she did a summer-stock season in Chicago after finishing her undergraduate work and later moved to the west coast to enroll at UCLA for grad school.

Starred as Janet Woods in ‘Three’s Company’
DeWitt kept her focus on returning to New York City to pursue her dream of working on Broadway. However, life had other plans for her.

She finished her Master of Fine Arts at UCLA and was cast in Stop the World, I Want To Get Off. Finally, DeWitt was off, and it didn’t take long before her big breakthrough landed in front of her.

Not long after, Joyce DeWitt found herself in the casting room for the pilot of a new television comedy series named Three’s Company. At the time, she had no idea that it would become somewhat a cult series – and it was the beginning of a new life for DeWitt.

Starring as Janet Wood alongside John Ritter and Suzanne Somers, DeWitt became a television icon. She appeared in 171 episodes of the show between 1976 and 1984.

“It was such a gift. I mean, it was iconic. But who would have thought it?” Joyce DeWitt told The Spec. “All we were trying to do was make people laugh. When I think about it, the show was really an attempt to do a contemporary version of a 16th-century farce. It was about silliness running wild. I mean, we were talking about serious issues at times, but that was always somewhere underneath.” 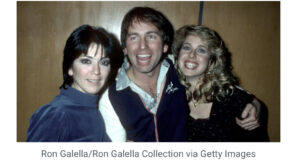 “John Ritter used to say, ‘We don’t want people to just laugh but to fall over their couch laughing,’” she added. “The real issue was always the depth of friendship and the love those characters had for each other. That’s what drew people to them.”

Joyce DeWitt left Hollywood for 12 years after ‘Three’s Company’
In 1984, Three’s Company was canceled. The show won 1 Primetime Emmy and had turned the cast into big celebrities. However, when it was shut down, Joyce DeWitt wasn’t the one complaining.

In fact, after eight years on the show, she felt that it was the perfect moment to move on.

“It was time,” she said. “I was ready for quiet and reflection. I loved being Janet, but she was never my whole reason for getting up in the morning. My identity and self-worth weren’t wrapped up in her, and that show.”

“Of course, there’s a lonely period. I missed the characters as much as the people who played them,” she added. “But I’m basically a hermit. My natural instinct is to go into the cave and ponder, not stand outside and howl. ‘Oh, I have a gregarious side, but there’s the inner Joyce too.’”

Joyce DeWitt had only appeared in a couple of productions at that time, with Three’s Company being her main work for years. So one might think that since she was only at the beginning of her career as an actress, she’d be up for more work.

However, Joyce did the complete opposite. She didn’t enjoy being famous at all, and initially, the actress was only supposed to take some time off. But she disappeared for more than a decade, something she doesn’t regret at all. 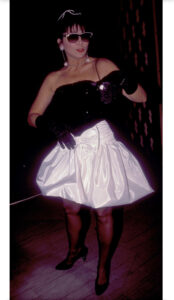 Shutterstock/Bart Sherkow
“Regrets are a dangerous thing. I am very fortunate that in my life I have only twice regretted something, and that was 10 or 15 years later,” she told GayCalgary in 2009.

“I wasn’t sure I wanted to play it”
“If I had to do it over again, I couldn’t change it. I was going to take six months off just to chill out. I saw Hollywood and the way it behaved, and it was not a moral code that was natural to me. If this was the way the game was played, I wasn’t sure I wanted to play it. I took some time off and started meeting and studying with different spiritual teachers around the world. I thought it would be six months, not 12 years. “

Joyce DeWitt returned to the screen in 1995, doing minor roles in the television series Cybill and Hope Island and some movies.

Even though a decade had gone by since doing Three’s Company, fans still remembered her and complimented her on the role. It turned out that she – the role of Janet Woods – had changed people’s lives.

“I have had women in their 30s come to me and say I became a lawyer because of you,” DeWitt said. “I knew women could be smart and have away in the world. (And) I loved playing [Janet], and I did fight hard to play her the way I wanted to play her.”

Working with John Ritter and Suzanne Somers was something she loved doing. However, Somers left the show in 1980 after not getting equal pay to her male co-star John Ritter. 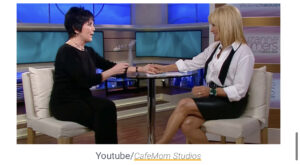 “They painted me as she’s trying to ruin the show,” Somers said in 2020. “So, I never talked to anybody on that show ever again. Ever again.”

Joyce DeWitt recalled last night with John Ritter before his passing
DeWitt and Somers lost all contact, and more than 30 years passed before they spoke again. Joyce joined Suzanne on her talk show, and the reunion in 2012 was something special.

On the other hand, Joyce DeWitt’s relationship with co-star John Ritter remained great. Ritter continued to act up until his passing in September 2003. According to reports, his sudden passing was due to an undetected flaw in his heart, called an aortic dissection.

While appearing on Somers’ talk show, DeWitt reminisced about the last time she saw her former co-star.

Ritter stayed in a hotel near her in New York City – and DeWitt told herself that it was fate. She called his hotel room and left him a message – and seconds later, he called back.

“As I’m walking out the door, the phone rings, and I pick it up, and it’s Johnathan,” she recalled. “And he goes, ‘Baby, we’ve got three parties and a dinner to do tonight. I’ll pick you up at 7!” It was so delicious … and a month later, he passed.” 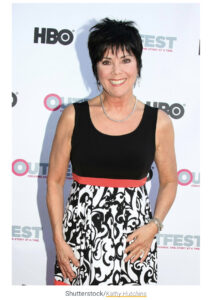 Even though she returned to the screen after a decade of not working in television, Joyce had one big dream that she still pursued.

The show – Miss Abigail’s Guide to Dating, Mating & Marriage – was off-Broadway, but it didn’t matter at all for DeWitt. Also, she felt that it was very similar to her role in Three’s Company, with the shot being a 90-minute long comedy,

“I’m just a late bloomer,” she told the San Diego Tribune. “It took me a long time to have confidence in my work.”

“[The show] allows us to play and be silly and funny and laugh about interactions of human beings,” DeWitt says. “The fact that the purpose of the play was to make people laugh and let them have a good time and every once in a while touch their hearts is my favorite kind of play to do.” 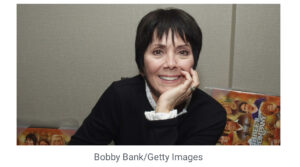 In 2018, she got a part in the musical Scattered, Smothered & Covered Christmas, with the stage production set in a Waffle House. It was broadcast in December 2020 through Youtube because of the pandemic.

Joyce DeWitt today – family, children, net worth
“We are offering this play for free this Christmas because it has a message that needs to be shared in this very difficult circumstance we are in,” Joyce DeWitt shared. “It’s a magical journey of love and truth that deserves to be enjoyed by a worldwide audience.”

Joyce DeWitt doesn’t have any children, and there have been no reports of her ever being married. But the most important thing is that she seems to be doing great, still loving her work both on-screen and on the stage.

According to Celebrity Net Worth, Joyce DeWitt has a net worth of around $4 million.

So what is she most proud of in her career? The answer isn’t that big of a surprise.

“I don’t know that there is a proudest, but if asked to come up with one, it would have to be to have been a part of Three’s Company, and that’s an easy one to say because if as an actor you are given the opportunity to create joy and laugher in the world — that’s a great gift,” Joyce DeWitt explained.

At 72 years of age, it doesn’t look like DeWitt will stop working as an actress any time soon. But still, to this day, she sure looks fantastic!

We wish her all the best in the future. Please, share this article with friends and family if you also watched Three’s Company.