78-year-old Gary Barnes won countless medals and awards during his years of service in the U.S military. A Vietnam veteran, Barnes has lived a high-paced sort of life, never lacking for much.

Having settled in a nice nest after years of traveling overseas, there was but one thing he felt he was missing.

Then, one day, as fate would have it, Barnes received a call that would change his life. There was no way he could have known who was searching for him after 50 years.

While serving in Vietnam, Barnes had, like many other soldiers, sought comfort in the Philippines. Not just general reprieve and respite from combat, but the sort of comfort a soldier looks for in the arms of a woman.

However, Barnes can clearly remember vowing not to have children – a promise that he was sure, for a very long time, that he’d kept.

There was no way he could have anticipated getting a call one day that would literally change his life. 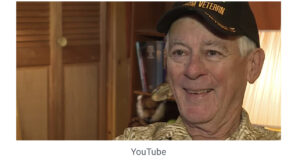 It turns out that, having used ancestory.com, 50-year-old Olivia Robles had found a distant relative who led her to the man she had always wanted to meet; her father.

That’s right, despite fifty years having passed, Barnes had never been made aware of the fact that he had a daughter half a world away. When Olivia asked him if he’d be willing to take a DNA test to see if he was her dad, he happily agreed. 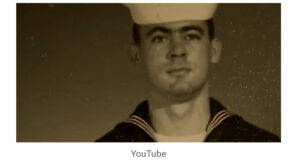 When the results from the test came through, it became apparent that there was a sacred bond between the two of them. For Barnes, it was the realization of an impossible dream.

As per reports, he said: “I am overjoyed. I just absolutely feel like this is a part of my life I’ve never had.”

But the story gets even better. Having established their connection, Gary and Olivia decided it was right to take the obvious next step and meet each other in person.

In a tear-jerking testament to just how beautiful life can be, the moment when Barnes finally met his daughter was filmed. Having searched for her father for the better part of 40 years, it’s not difficult to imagine just how important it was for Olivia to hug the man who gave her life.

“This is truly a miracle. You know, I’ve been on this quest for so many years; since I was ten years old. And here we find each other at 50 and 78, so it’s a miracle,” she said.

You can see the incredible moment in the video below.

Well, that certainly had the tears flowing down my cheeks. How about you? If you were moved by this story then please hit the SHARE button to spread some joy amongst your Facebook friends! 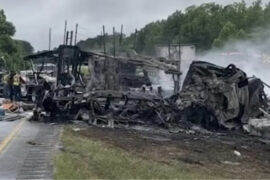