Watching his mom stripped of her royal titles, 14-YO William promised Diana: “I will give it back to you when I am King”

On July 29, 1981, the world saw 20-year-old Princess Diana and 32-year-old Prince Charles get married in what was called the “wedding of the century.”

As her wedding ring was slipped onto her finger, Diana went from being Lady Diana Spencer to the Princess of Wales, bearing a title that would let the entire world adore her endearing nature but also put her through years of turmoil in her marriage and forced her to conform to the umpteen number of royal expectations.

But during those difficult years, she found happiness in welcoming and raising her two sons, Prince William and Prince Harry who were born in 1982 and 1984 respectively, according to PennLive. When it came to her sons, the doting mother would be ready to break the rules for them.

“One thing I can always say about my mother is she smothered Harry and me in love. Twenty years on I still feel the love she gave us and that is testament to her massive heart and her amazing ability to be a great mother,” Prince William told GQ. 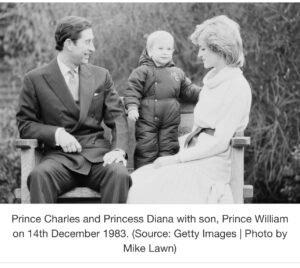 Although her relationship with her boys couldn’t have been better, the one with her husband was wrought with a number of hurles, including an affair.

It was in 1992 that Prince Charles and Princess Diana announced that they were separating but she continued to perform royal duties, according to History. In 1996, the Queen urged the couple to get a divorce and two months after that, they did so after an agreement was reached upon. The deal included Princess Diana having to give up her title of ‘Her Royal Highness’ and anything else that allows her to make future claims to the British throne. However, the agreement allowed her to keep the title of ‘Princess of Wales.’

It was reported that it took them years of formalize their divorce because of disagreements over money and access, but also particularly because of Diana’s title. She hoped to keep the title of ‘Her Royal Highness’ because nothing can change the fact that she is and will always be the mother of the future heir to the throne. 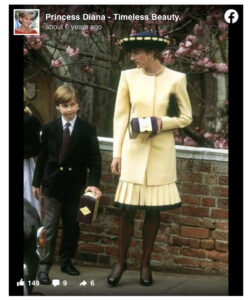 Losing this title meant that she would have all formal connections to her sons taken away from her. It would mean that Princess Diana would have to follow the many royal rules if she wanted to maintain her relationship with her sons; even curtseying to her own children would have been a part of that.

According to the New York Times, as reported by Marie Claire, Queen Elizabeth II also agreed that Princess Diana should be allowed to keep the title. However, Prince Charles was reportedly “adamant” of having his former wife stripped of the title and taking away the privileges that were attached to it.

Princess Diana was extremely upset about losing the title that when her mother suggested it may be a good thing to start over without the weight of a royal title, Diana stopped speaking to her for months, reported Express.

When the drama unfolded, Prince William was only 14 at the time and the teenager could not bear to see his mother in the state that she was. He tried to comfort Princess Diana while she was in a state of “distress,” according to Paul Burrell, the Princess’s former butler. 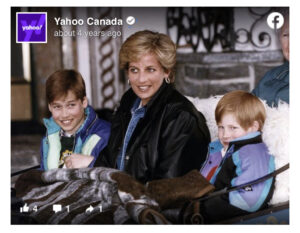 The butler revealed the heartfelt promise that young Prince William made to his mother at the time. “She told me how he had sat with her one night when she was upset over the loss of HRH, put his arms around her and said, ‘Don’t worry, Mummy. I will give it back to you one day when I am King,'” Burrell wrote in his book, A Royal Duty. The conversation left the Princess in tears, Burrell revealed.

Unfortunately, Princess Diana will never get to see her son ascend to the throne after she passed away in 1997 after a car accident, just about a year after the divorce was finalized.

Losing his mother at a very young age sent Prince William in a state of shock and it took him years to cope with it. 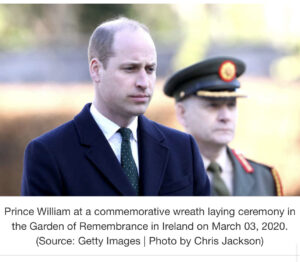 “…If I had mental health issues I would happily talk about them. I think the closest I got was the trauma I suffered when I lost my mother, the scale of the grief, and I still haven’t necessarily dealt with that grief as well as I could have done over the years,” Prince William told GQ.