Willie Nelson, the country music icon, owns a 700-acre ranch in Texas named Luck. He cares for about 70 horses on his ranch.

These are hand-fed twice a day and given access to a large area of farmland. Most importantly, they were all rescued from slaughterhouses. Nelson’s horse rescue effort has been ongoing for several years, and it is one of the main reasons he called his property Luck Ranch in the first place.

He told ABC KSAT 12, “When you’re here, you’re in Luck, and when you’re not, you’re out of Luck.” He added, “My horses are probably the luckiest horses in the world. They get hand-fed twice a day, and they were just ready to go to slaughter is probably the last thing they remembered, so they’re happy horses.”

Horses are more than just a part of his farm life; they also appear in his music. Nelson composed a song about his lovely rescue horses called “Ride Me Back Home,” which was included on his album, released in 2019. The 87-year-old singer-songwriter spends around 200 days a year on the road performing, so it’s reasonable that he’d desire the more relaxed life on the ranch with his beloved horses.

He said, “It’s a lot of traveling and being away from home. But that’s what we do.” Nelson’s gigs, with the exception of a benefit performance for then-senatorial contender Beto O’Rourke in 2018, are devoid of politics. He said, “We leave all of that at home. I think that’s why a lot of people show up, because they don’t have to worry about what they’ve been watching on TV all day.”

Local miniature therapy horse Willie Nelson, known for visiting hospitalized children, is at the center of a social media push to team up with his famous country music namesake. https://t.co/Ktcj8c1vIz via @MaiaBelay_FOX8

Nelson, who is in good health and lives a relatively stress-free life, remarked that it hasn’t always been that way, as seen by his IRS difficulties. He said, “I remember that I remember those guys.” He has subsequently paid off his debts and moved on.

Nelson’s commitment to on-the-ground generosity isn’t limited to horse rescue. He also helps suffering American farmers through Farm Aid, a non-profit he co-founded. Farm Aid has been working relentlessly for 30 years, “to build a system of agriculture that values family farmers, good food, soil and water, and strong communities.” Farm Aid also hosts yearly food and music festivals at which some of the biggest stars in country music get together to raise funds for farmers and express appreciation for everything they do for our country. 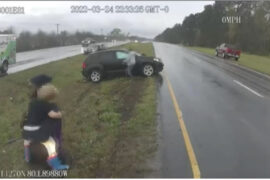 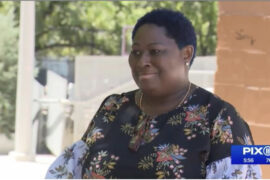 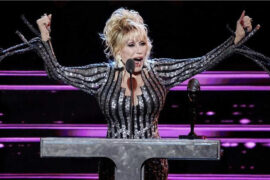